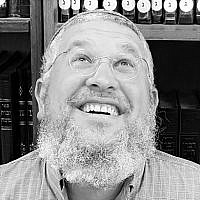 Barak Hullman – Times of Israel.
The Times of IsraelIn an article in the Times of Israel, Reform rabbi Rick Jacobs (the president of the Union for Reform Judaism) is quoted as saying “I believe with the very fiber of my being that young Jews are hungry, but not for a Judaism frozen in a distant time, no matter how loving and warm the purveyors — including Chabad, in particular — might be.” I think this statement sums it all up. Young Jews are hungry, but they are hungry for the truth. You can’t give them Reform Judaism and claim that it’s the real thing when it is not. The Judaism of Chabad and the Judaism of Rabbi Shlomo Carlebach zt”l is not “frozen in a distant time”. It’s alive and on fire, right here and now and it’s the reason Chabad and Carlebach davening (prayer services) are taking off while the Reform movement can’t figure out why 80% of their congregants don’t want to come back.