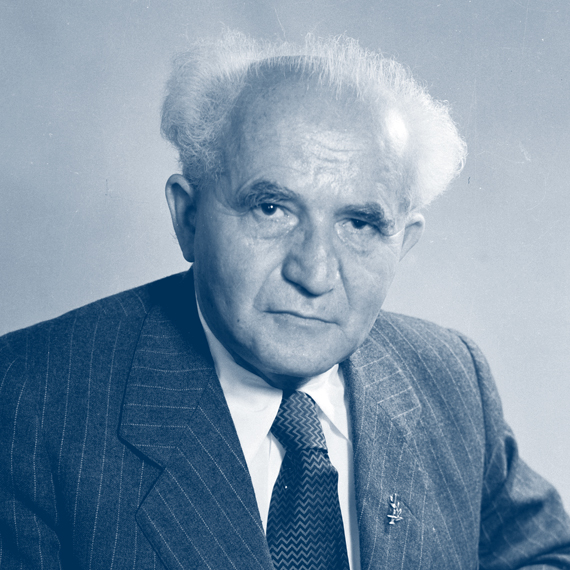 Born in Poland, Ben-Gurion was the head of the Jewish Agency in 1935, and later president of the Jewish Agency Executive. He was the de facto leader of the Jewish community in Palestine, and largely led its struggle for an in- dependent Jewish state in Mandatory Palestine. On May 14, 1948, he declared Israel’s independence as five Arab armies were waiting to destroy Israel before it was born. He was Israel’s first prime minister.