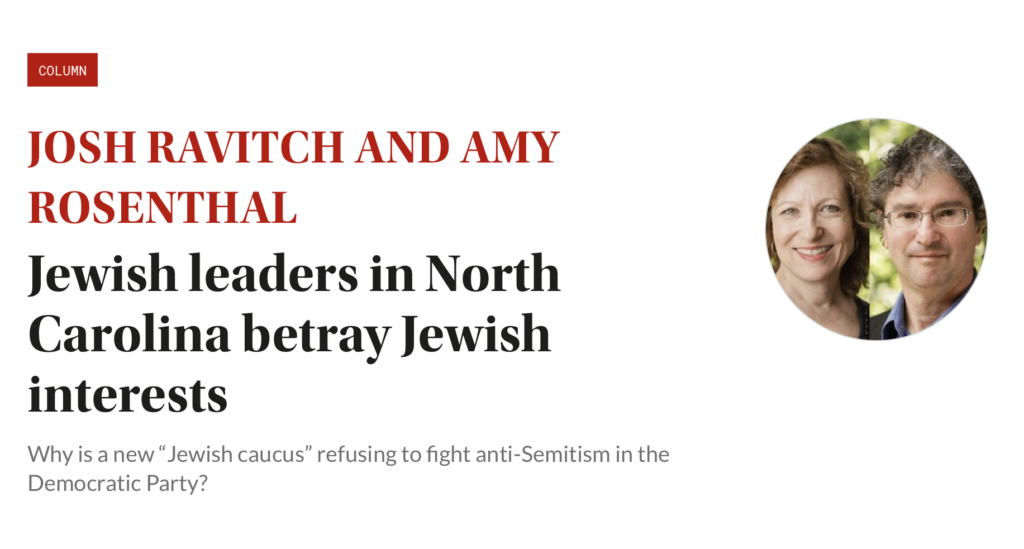 Written by: Josh Ravitch and Amy Rosenthal on August 29, 2022

(August 29, 2022 / JNS) The deadliest forms of anti-Semitism are often the result of politics organized against the Jewish community and Israel, the world’s only Jewish state. Here in North Carolina, anti-Semitism has been found in our universities and cities like Durham. Alarmingly, it is now also being promoted by the North Carolina Democratic Party (NCDP). Worse still, this is supported by local Jewish leaders who are so dedicated to progressive ideology that they are willing to sacrifice Jewish concerns to advance a partisan political agenda.