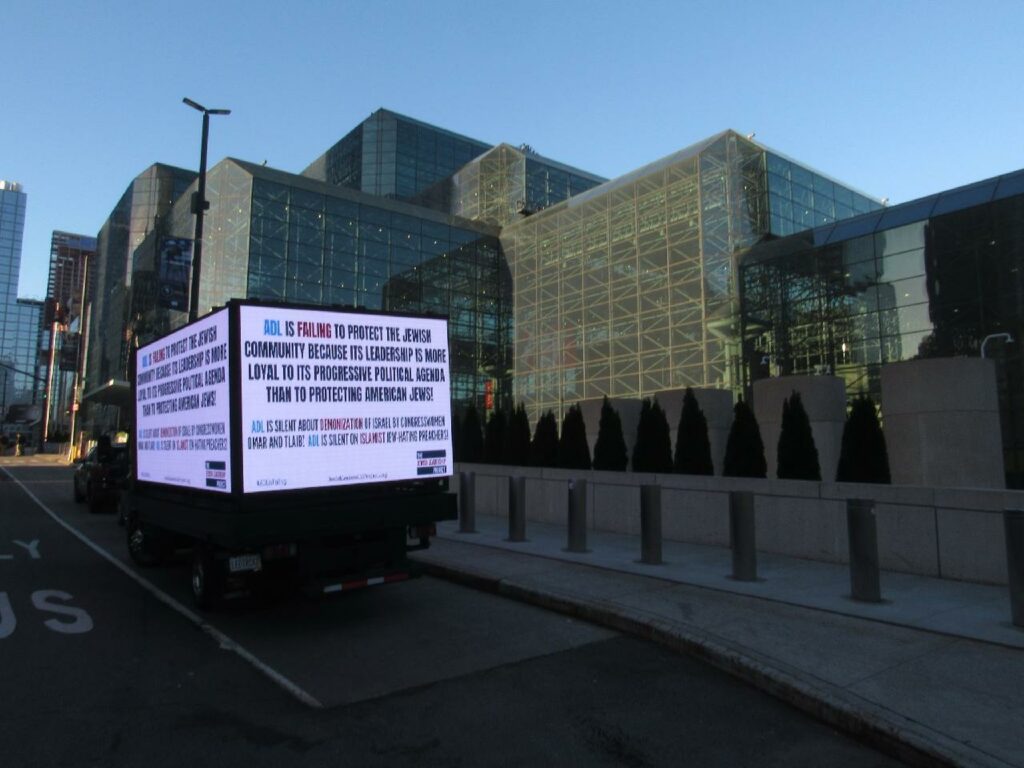 The Jewish Leadership Project (JLP) is today protesting the Anti-Defamation League (ADL) during its National Convention in New York City for the ADL’s continued failure to defend the Jewish community against the surge of Jew-hatred across the country. JLP has arranged for its message to be displayed on large ad-truck — to be placed in front of the Convention.

Charles Jacobs, JLP president said today, “The ADL has abandoned its mission and has become little more than another left-wing political organization at a time that the Jewish community is suffering from a historical surge in Jew-hatred. The ADL is the Jewish community’s designated defense agency, yet has been downplaying or ignoring Jew-hatred from politically incorrect sources — leftist anti-Zionists, Islamist preachers, and black supremacists — for decades.”

Avi Goldwasser, co-founder of JLP said, “Sadly, the ADL has even resorted to selling indulgences to politically incorrect Jew-haters, as the recent Kyrie Irving incident demonstrates.”

The ad truck includes these messages:

• ADL HAS FAILED THE JEWISH COMMUNITY

• ADL HAS BEEN HIJACKED, NOW A FRONT GROUP FOR PARTISAN POLITICS

• ADL IS A FAILURE AND A FRAUD

• ADL WENT WOKE, ITS LEADER IS A JOKE

The JLP is a special project of Americans for Peace and Tolerance: www.jewishleadershipproject.org.