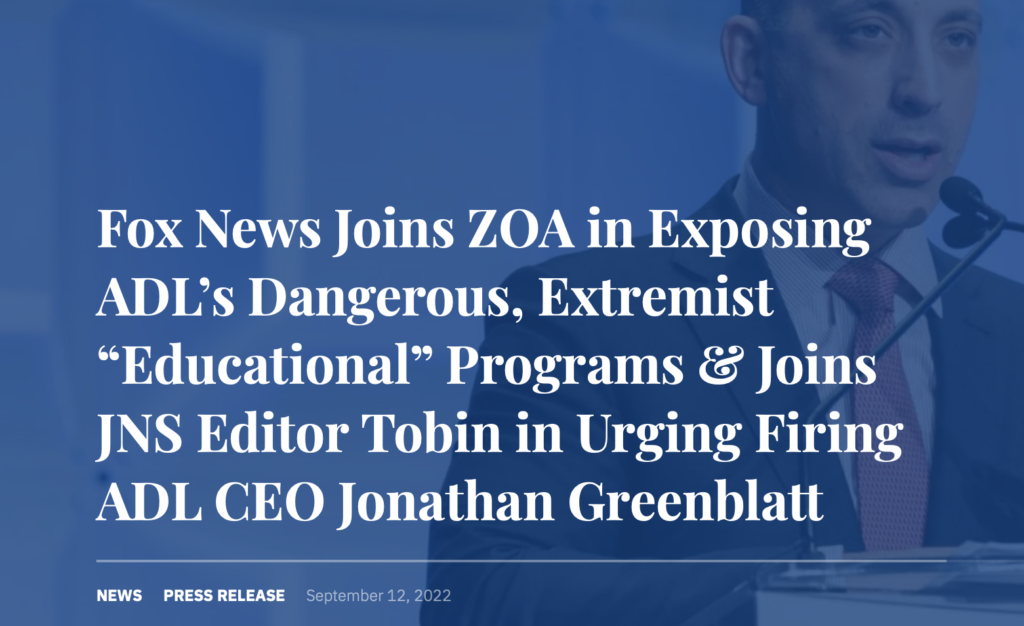 Written by: The Zionist Organization of America on September 12, 2022

A recent Fox News investigation found that the Anti-Defamation League (ADL)’s educational and “anti-bias” programs, which influence millions of American children and thousands of educators and officials, promote far-left and critical race theory (CRT) concepts such as “white privilege” and “systemic racism,” and promote groups such as the Women’s March and BLM – despite the virulent Jew-hating, Israel-hating and pro-Farrakhan positions of the Women’s March leaders and BLM/M4BL organization. The investigation also found that these harmful ADL programs characterize denying white privilege as a “biased attitude”; encourage white students to view themselves as “oppressors”; and include an article indicating that white women are “justly seen as oppressive” and “enjoy unearned skin privilege,” etc, etc.