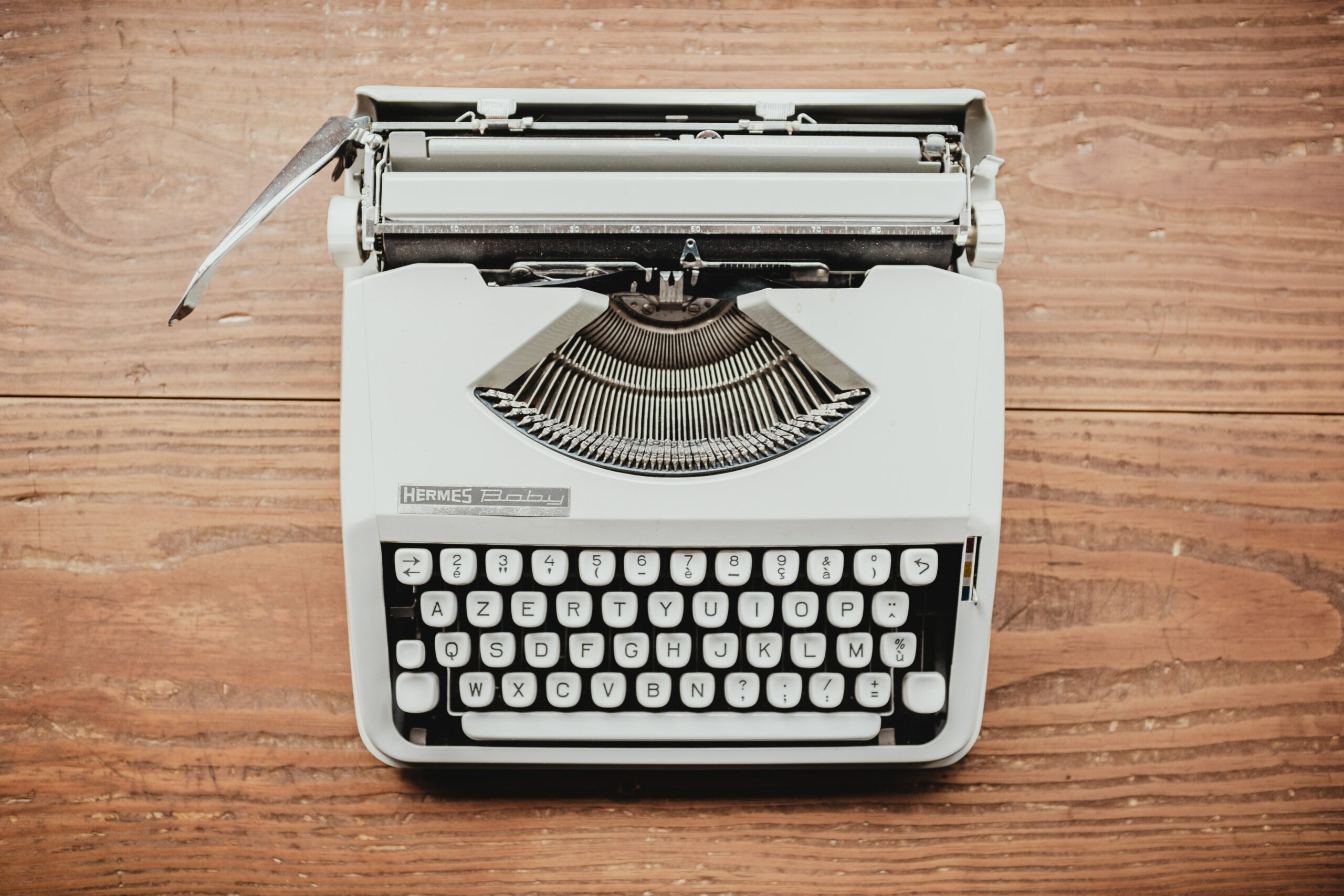 IT’S difficult enough to fight anti-Semitism. It’s that much more challenging when Jewish leaders work to silence those who want to fight, who favor creative approaches, and who think “outside the box.”

“Deadly Exchange” is a campaign of Jew hatred that blames Israeli and American Jews for police assaults on American black people. It promotes the false claims that American police departments that take part in counter-terrorism and leadership training in Israel are actually trained to “terrorize black and brown communities” here in America. Even a cursory glance at the syllabi for these training courses should put these malicious lies to rest. Yet a campaign to push city officials to boycott the Israeli training succeeded in Durham, NC, when on April 16, 2018, the city council voted to ban that city’s police department from participating in the Israeli programs. Durham thereby became the first, and to date only, American city to acquiesce to a Deadly Exchange campaign.

“Deadly Exchange” is an anti-Semitic campaign that blames Israeli and American Jews for police assaults on American black people.

Those who led the “Deadly Exchange” campaign were affiliated with Jewish Voice for Peace (JVP), an anti-Israel, pro-BDS organization that has partnered with Jew haters like disgraced former Women’s March leader Linda Sarsour, and convicted terrorist Rasmea Odeh. By explicitly promoting anti-Semitism—particularly in black and brown communities—their efforts encouraged other haters to come out en masse, including a member of Louis Farrakhan’s Nation of Islam, Fariq Zaidi, who called attention to the “Synagogue of Satan that’s always lingering in the background” and the “inordinate [amount of] control that some Jews have over the political system in this city.”

The people behind the Durham victory were encouraged to bring the campaign to its sister city, Raleigh.

We, co-founders of the Jewish advocacy organization, North Carolina Coalition for Israel (NCCI), were appalled to learn that Raleigh was now being targeted. There had been plenty of opportunity to see the damage done in Durham, both to the Jewish community and to the overall safety and security of the city. We were part of a group that met with two Durham council members to declare our case just days before their vote, and seeing the belated, appeasing response of local Jewish institutions and the damage that resulted inspired us to form the NCCI. Following approval of the “Deadly Exchange” resolution, Durham was inundated with vile anti-Semitism, as posters, fliers, and swastikas popped up all around town. When NCCI board member Deborah Friedman discovered a petition for a “Deadly Exchange” campaign in Raleigh that had more than 700 signatures, NCCI activists felt that our Jewish community had to work together to do everything we could to avoid replicating the Durham fiasco. We reached out to other community members to bring awareness of the motion and to coordinate our efforts.

What we learned was that the Jewish Community Relations Council (JCRC) and at least one other local Jewish group were, in fact, aware of the Raleigh petition, but had not shared this information with the community. Several of them had met privately with two of Raleigh’s seven city council members. When asked about the meetings, they told us, “If I had to guess, it’s not going to pass.” However, we knew that city council members in Durham had been dishonest with us when we met, including with some of these same Jewish community leaders, providing reassurances that the council members would not be voting to approve a resolution, then promptly voting very shortly after to approve the measure. We therefore found the guessing part to be less than reassuring.

One key lesson we’ve learned from our experiences with combating anti-Semitism is that no single approach is a surefire solution. If dealing with reasonable people, then quietly listening to and reasoning with them may be effective; at other times, exposing the situation to the glare of the public forum is essential, especially for elected government officials; and sometimes “calling out” and shaming particularly adamant anti-Semites is effective.

One key lesson we’ve learned from our experiences with combating anti-Semitism is that no single approach is a surefire solution.

One of our NCCI members, Kathryn Wolf, was an especially strong advocate for a robust, proactive response to prevent Raleigh from following in Durham’s footsteps. She wanted us to speak at the Raleigh City Council meeting. The NCCI board wholeheartedly agreed. We informed other local Jewish leaders of our plans to speak at the meeting to try and coordinate activities. The pressure to silence us was acute, particularly from the local JCRC and a very small local Jewish education group that has a board member in common with them. There were phone calls and emails almost daily, telling us not to speak, some of them angry and threatening. We were told that if Raleigh were to pass the boycott, the fault would be deliberately and publicly laid on us. We were told that the mayor was angry that NCCI planned to speak. We were told that the JCRC didn’t want us to speak or be involved in any way. We were told that it was none of our business since many of our supporters don’t live in Raleigh. We were told that it shouldn’t look like one fringe group battling against another. We were told we would be giving JVP undeserved press.

This response from local Jewish leaders was especially intense, but otherwise not unusual; they insisted that they were the experts when it came to handling these things. We were seen as impolite loudmouths who should stay out of “their” business. But of course, continue to send those donations!

While we appreciated that several other Jewish institutions were working behind the scenes, we believed that speaking publicly about this issue was critically important. “Why not,” we argued, “get the pro-Israel narrative out first publicly so that we don’t play defense as we did in Durham?” The Raleigh “Deadly Exchange” petitioners were running a stealth campaign, we explained, just as they did in Durham, so why let them control the rules of engagement? As exemplified by James Garfield: “Light itself is a great corrective. A thousand wrongs and abuses that are grown in darkness disappear like owls and bats before the light of day.”

We were seen as impolite loudmouths who should stay out of “their” business. But of course, continue to send those donations!

The pressure on NCCI to be silent continued, from a variety of directions. “If you decide to speak up, all you will be doing is opening up opportunity for JVP to present their case to the media. No one knows about the issue, so why bring it up? I see nothing good that can come out of you coming to speak up. Creating a brouhaha over a non-issue is a mistake.” Another of our critics cited the Torah portion of the week, the story of Korach, who led a rebellion against the leadership of Moses, in an effort to stop us, implying that speaking publicly would divide the community.

There were efforts to demoralize us. Someone with a large distribution list let people know that he had decided to lay low. Therefore, he didn’t think his people would be coming to support the speeches, so NCCI should “not expect a turnout from my list.”

The attacks on NCCI from so many directions were difficult to bear and took a toll. After all, there is no science to fighting defamation. Each case needs to be assessed separately. Surely there are times when not responding turns out to be the wiser path, but we were firmly convinced that in this case, given what we knew about what happened in Durham, we needed to be more proactive and public in our efforts. It also saddened us to realize that if these same people had put as much effort into defending our people in public as they did in attacking us, both Durham and Raleigh would be the better for it.

In the end, we pushed forward. A nice crowd came out to support NCCI at the June 15, 2021, city council meeting. We all had to endure a three-hour session together. Four of us — Amy Rosenthal, Deborah Friedman, Josh Ravitch, and Kathryn Wolf —passionately and eloquently presented our case to the council. Kathryn ended her talk with George Washington’s famous promise to the Jews:

We were pleasantly surprised to learn that the chair of the JCRC had signed up after realizing that we were not to be deterred, and he too spoke effectively at the council meeting.

In 1790, a promise was made to us. President George Washington sent a letter to the Hebrew congregation in Rhode Island: ‘May the children of the stock of Abraham who dwell in this land, continue to merit and enjoy the good will of the other inhabitants and there shall be none to make him afraid.

Afterward, one person who had stridently opposed us graciously reached out to congratulate us. Others who had tried to intimidate us calmed down, and we renewed most of our usual relationships. The chair of the JCRC expressed the desire to work with us in the future.

It’s now been more than eight months since NCCI went public with our concerns. The “Deadly Exchange” petition is stagnating online, and no police training boycott has been proposed to the Raleigh City Council. Our hope is that the old guard institutions are learning that today’s formidable challenges demand more varied and vigorous approaches in defense of our Jewish people. Jewish activists across the country must begin to challenge inadequate, misguided, and unimaginative Jewish leaders. The lesson from Durham and Raleigh is clear: Where leadership is lacking, step up and lead. Our “leaders” might actually follow.