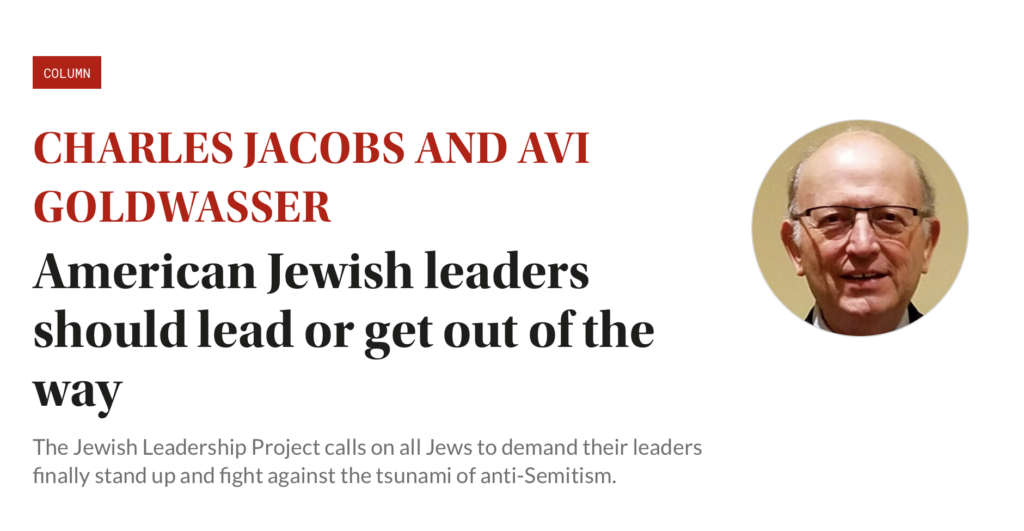 Written by Avi Goldwasser and Charles Jacobs on July 18, 2022

(July 18, 2022 / JNS) The Jewish community is under siege. Jews are beaten in the streets of New York City, murdered in Pittsburgh, San Diego and Jersey City, stabbed in Boston, taken hostage in Texas and harassed and bullied on college campuses across the country. Jewish buildings across America require extensive security.

According to FBI data, a Jew is twice as likely to be a victim of a hate crime as a black person or a Muslim, and ten times more likely than an Asian or a Latino. Four in ten Jews find ways to hide their identity. 90% of Jews think anti-Semitism is a problem in America.